When freshman Danny Fisher arrived at OSU-Cascades last fall, he was surprised there wasn’t yet an established club for trail runners. So, he and two fellow students started one. The OSU-Cascades Trail Running Club now practices three times a week. It’s a small group due to public health restrictions, but it’s an activity students can do in person, and they don’t take that for granted. 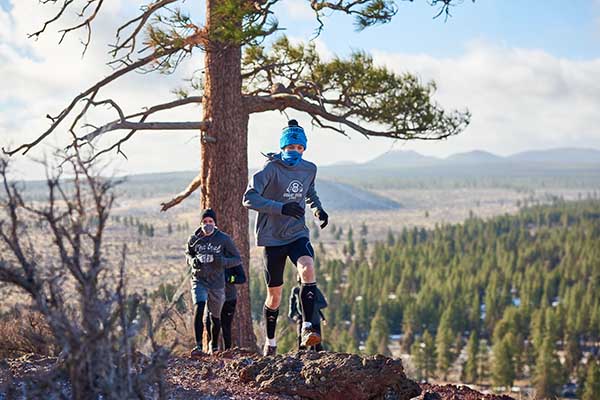 Danny, a tourism, recreation and adventure leadership major, describes trail running as a more aggressive form of cross-country running, where you have to use a lot more muscle to get you where you want to go. “Every step is different on a trail,” he said. “You have to go uphill, downhill, dodge rocks and jump over roots. It’s a more natural way of running.”

Danny appreciates how trail running can take you places faster than hiking or walking. He recently went to Smith Rock, ran up Gray Butte, took in the stunning view, and was back on campus for class.

He hopes more students will join the club in the future. “Some students have the mentality that they aren’t good enough runners," said Danny. "But they are, and we make sure everyone has someone to run with." The team is hosting the Swamp Wells Trail Race this spring, and hopes to compete in local races as restrictions lift.