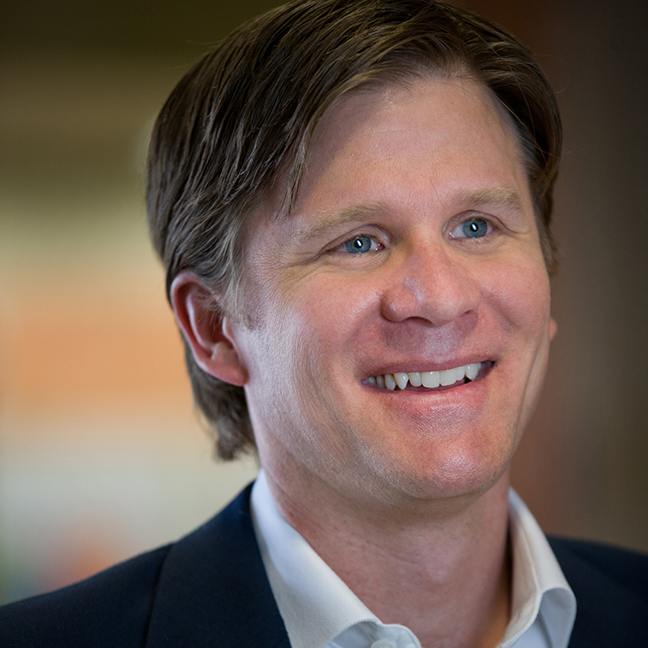 Todd Montgomery, host of "Tech Trek" is the Robin and Curt Baney Professor for Teaching Excellence in Hospitality Management.

Todd Montgomery, who runs the hospitality management program at Oregon State University – Cascades, is the host of a new television program show exploring the intersection of technology in the hospitality industry.

The debut episode takes Montgomery to Tokyo and airs 7:30 p.m. on Dec. 1 on Oregon Public Broadcasting and will be streamed beginning in mid-December on Amazon Prime Video. In the episode, he explores cutting-edge automation technology already in use by the hospitality industry. He also looks at the impact of automation on the workforce.

Montgomery developed the show through a course he teaches. In 2019, he attended a hospitality technology conference in Europe. As a way to engage his students at OSU-Cascades, he filmed interviews with conference participants, and filmed his own experiences with robots and other automation technology. Students responded positively to the videos, which led him and a partner based in Saipan to develop a TV show.

“With traditional textbooks unable to keep students up-to-date on the technology advancements reshaping the travel and hospitality industries, the next best option is to bring real world examples into the classroom through video and “Tech Trek,” said Montgomery. “Consumers are also going to one day see these incredible technologies when they begin to travel again, so it makes sense to share this knowledge with the public through television.”

Future episodes of “Tech Trek” will focus on the future of travel and what a post-COVID-19 recovery may look like around the globe.

Montgomery served as a corporate director for Starwood Hotels and as a senior consultant for PROS Pricing, both in the Asia Pacific market. He joined OSU-Cascades as an executive-in-residence and instructor in 2013 and helped launch the hospitality management degree program in 2015. He is the Robin and Curt Baney Professor for Teaching Excellence in Hospitality Management.