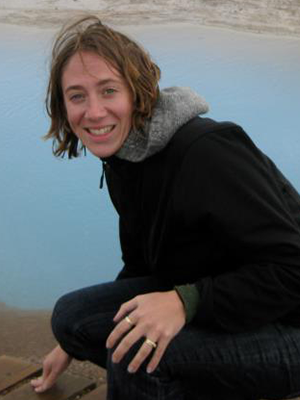 Elizabeth Marino is an assistant professor of anthropology in the social science program at OSU-Cascades.

Elizabeth Marino, a social scientist at Oregon State University – Cascades, has been appointed by the White House Office of Science and Technology Policy as a delegate to the Second Arctic Science Ministerial, an international meeting in Berlin.

The ministerial will take place Oct. 25 to 26 in Berlin and is hosted by the European Commission, Finland and Germany. The ministerial hosts science ministers from 24 governments, European Union representatives and delegates from Arctic indigenous peoples’ organizations.

Its aims are to increase capacity to respond to major societal challenges in the Arctic, and encourage further scientific cooperation among a large number of countries and representatives of indigenous peoples.

Marino is one of 10 scientists and the only social scientist on the United States delegation to the ministerial. Her contributions will focus on the role of risk distribution and risk perception in strategic planning for sea level rise.

Marino has worked with the United Nations University Institute for Environment and Human Security on migration and humanitarian crises, and has consulted with the U.S. State Department on environmental migration and the Federal Emergency Management Agency’s response in climate change scenarios. She has also edited a special volume of Global Environmental Change on the equity and inequity in climate change intervention policy.

Her book, “Fierce Climate, Sacred Ground: An Ethnography of Climate Change” (University of Alaska Press) was published in 2015.

Marino’s work on climate change and disaster have been featured in The Atlantic and on Al Jazeera North America.

Note to Editors: A digital image is available for download and use with this article: https://bit.ly/2D3m6O4