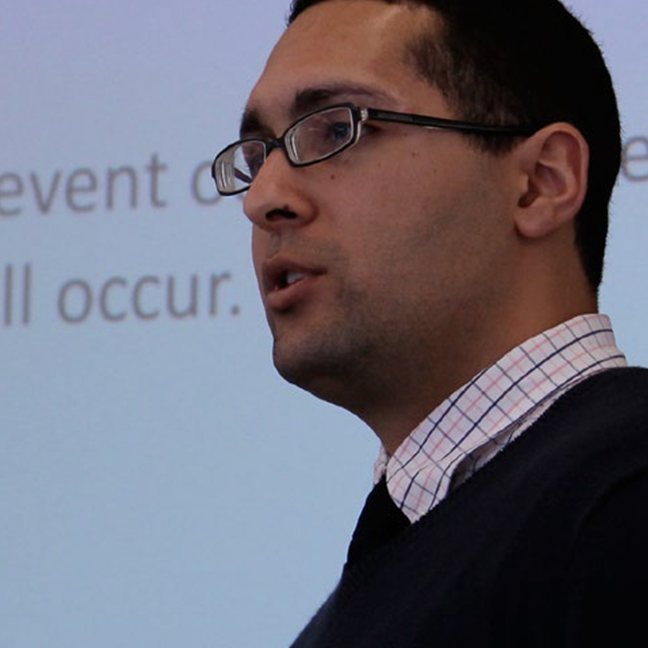 Christopher Stout is an associate professor of political science in the School of Public Policy in OSU's College of Liberal Arts.

The influence of the Black Lives Matter movement, which has gained prominence this year with protests over killings of Black people in the United States, will be the focus of a virtual Oregon State University Science Pub on July 13.

Christopher Stout, associate professor in the OSU School of Public Policy, will analyze the movement, its origins and political impacts. He will also reflect on why there was a lull in racial activism after the civil rights movement and on how Black Lives Matter has reshaped American politics and will influence the upcoming presidential election.

Stout is the author of two recent books published by University of Virginia Press: “Bringing Race Back In: Black Politicians, Deracialization, and Voting Behavior in the Age of Obama” and “The Case for Identity Politics: Polarization, Demographic Change, and Racial Appeals.” He teaches courses on the American political system and presidential and congressional politics.

Stout is the editor of the academic journal Politics, Groups, and Identities.

The science pub will run from 6 to 7 p.m. and can be viewed for free by anyone. The event will be broadcast on Facebook Live and YouTube Live. Registration for the event is required and can be completed at https://beav.es/4CG.

Sponsors of the OSU Science Pub include the Office of Research and Terra magazine at OSU, OSU-Cascades in Bend and the Oregon Museum of Science and Industry. Connect Central Oregon, a collaborative program with the OSU-Cascades Innovation Co-Lab, will produce the event with their student consultancy interns.

About Oregon State University: As one of only two universities in the nation designated as a land, sea, space and sun grant, Oregon State serves Oregon and the world by working on today’s most pressing issues. Our more than 32,000 students come from across the globe, and our programs operate in every Oregon county. Oregon State receives more research funding than all of the state’s comprehensive public universities combined. At our campuses in Corvallis and Bend, marine research center in Newport and award-winning Ecampus, we excel at shaping today’s students into tomorrow’s leaders.