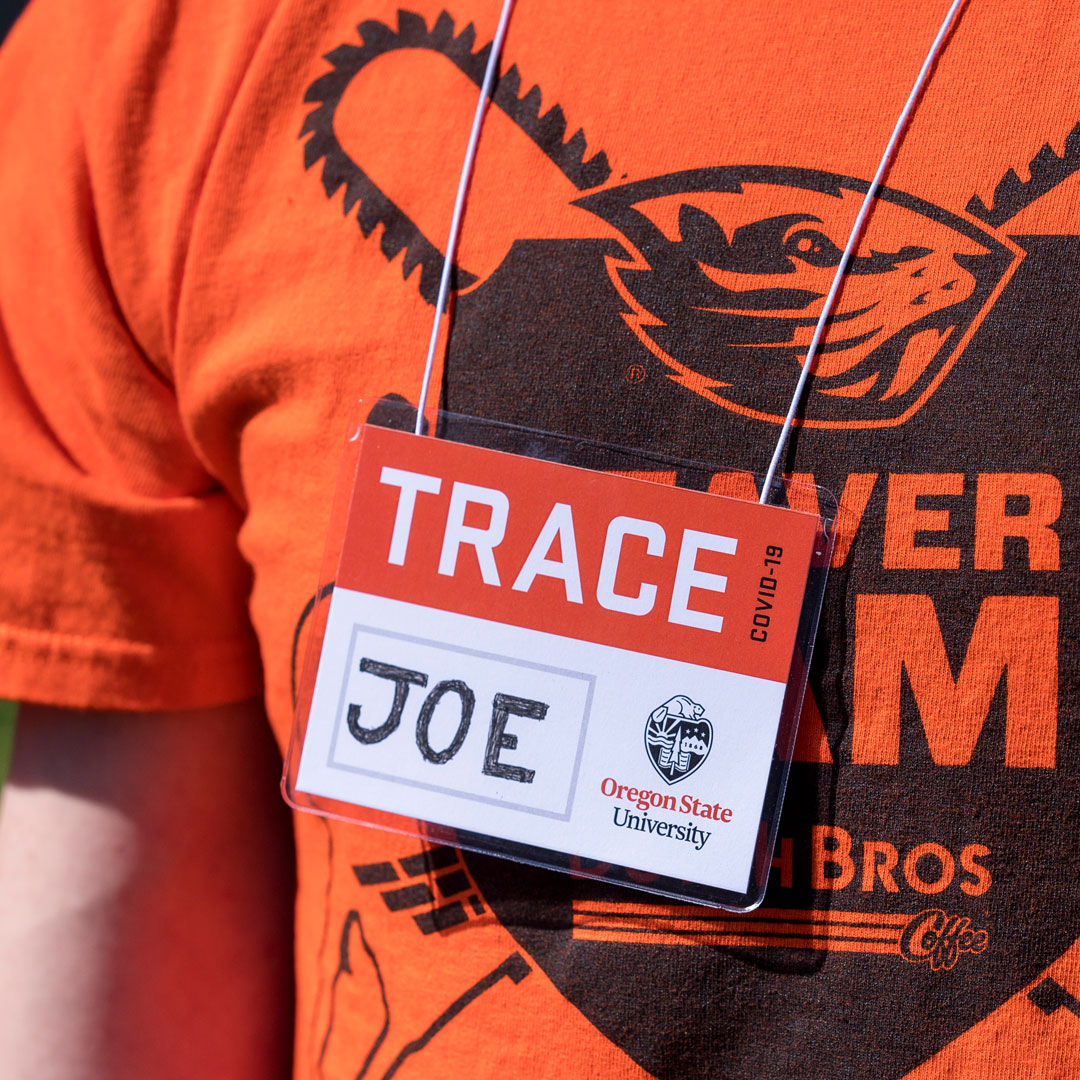 Oregon State University COVID-19 sampling in Redmond on Jan. 29-31 by TRACE Community field workers suggested 32 people per 1,000 in the community carried the coronavirus on those days.

“This is one of the higher prevalence estimates we’ve seen in our work with Oregon communities over the past year,” said TRACE-COVID-19 project leader Ben Dalziel, an assistant professor in the OSU College of Science. “It indicates the true number infected is much higher than the number of active cases.”

“People in the region have an outdoor-oriented lifestyle but when it’s cold everyone tends to spend more time indoors,” Bethel said. “That means it’s critical to be extra cautious and vigilant in observing our own health symptoms and following public health guidelines, such as engaging in social distancing, frequently washing our hands, wearing face coverings and limiting attendance at social get-togethers.”

The Redmond sampling marked the TRACE Community public health project’s second visit to Central Oregon and 11th community sampling overall. Sampling in Bend the last two days of May 2020 suggested a prevalence of one case per 1,000 residents in that community.

Over the three days of Redmond sampling, field teams from TRACE – short for Team-based Rapid Assessment of Community-Level Coronavirus Epidemics – visited 251 households in 30 city neighborhoods. Thirty-eight percent of households and a total of 376 residents agreed to self-collect a nasal swab to test for SARS-CoV-2, the virus that causes COVID-19. Students from OSU-Cascades in Bend and local health care professionals assisted with the sampling as they did last spring in Bend.

The Redmond samples yielded between one and nine positive tests.

“The Redmond prevalence estimate takes into account the percent of tests that were positive during the sampling conducted Jan. 29-31, as well as the chances for false negative test results, and factors, such as how positive cases discovered in sampling were clustered throughout the community or in a handful of households,” Dalziel said.

TRACE follows Oregon Health Authority guidelines in reporting the number of positive results. Redmond residents who were tested received their results more quickly than in previous communities thanks to TRACE’s new system for transmitting and communicating data.

“We encouraged OSU to conduct TRACE in Redmond after seeing high case numbers persist there from late November into January and following repeated strong signals being seen in wastewater,” said Dr. George Conway, Deschutes County health director. “Although this assessment was conducted after reported case numbers had fallen by more than one half since their mid-January peak in Redmond, the 3.2% prevalence estimate means that there is still much COVID-19 circulating there with a continued high transmission risk.

“We strongly recommend continued universal masking when in public, maintaining social distance, and meeting with others not in your household outdoors while masked or in very well-ventilated spaces,” Conway said. “It is commendable that the Redmond School District has delayed reopening until at least Feb. 22 based on high case rates.”

During the days of door-to-door sampling, public works staff from the city of Redmond also gathered multiple sewage samples which Oregon State researchers analyzed for genetic material from SARS-CoV-2. The virus has not been shown to survive as a pathogenic agent in wastewater, but infected people pass detectable genetic components of the virus into the sewer system, thereby providing a complementary indication of how extensive COVID-19 is in a community.

Working closely with Redmond wastewater utility collaborators, OSU researchers have been testing Redmond sewage multiple times per week since Dec. 7, 2020. Results continue to indicate that the signal has remained consistently strong over the past two months, and the latest results provided insight on which drainage basins in Redmond merit closer attention.

Genetic sequencing of the wastewater indicated no detections of the UK, South African or Brazilian strains of concern in Redmond or Bend samples between Jan. 14t and Jan. 29.

“As we noted prior to the TRACE sampling, an approach involving increased testing of asymptomatic individuals and wastewater surveillance for COVID-19 continues to provide very helpful insights for how we can manage the pandemic locally,” said Conway.

Going door-to-door, TRACE Community field workers invited members of each household they visited to participate in the project. Those who chose to take part were asked to provide information such as their name and date of birth; fill out a simple consent form; and answer a few confidential, health-related questions. All personal information is safeguarded.

The field workers left participants with information about the project as well as health guidance from Oregon Health Authority and the Centers for Disease Control and Prevention.

Since the project began in April 2020, OSU has performed TRACE Community sampling in Corvallis five times, in Newport twice, and in Bend, Hermiston and Eugene once each, with Redmond being the sixth community.

The TRACE-COVID-19 project is a collaboration of five OSU colleges – Science, Agricultural Sciences, the Carlson College of Veterinary Medicine, Engineering, and Public Health and Human Sciences – plus the OSU Center for Genome Research and Biocomputing. The project has worked in partnership with the county health departments around the state. The diagnostic testing component of TRACE operates through a partnership between the Oregon Veterinary Diagnostic Laboratory, which is located at OSU, and Willamette Valley Toxicology.

TRACE-COVID-19 is funded by OSU, the David and Lucile Packard Foundation, PacificSource Health Plans and the Oregon Health Authority and has been aided by work from the OSU Foundation and the OSU Alumni Association.

For more information about TRACE, visit the TRACE-COVID-19 website. The site includes a list of frequently asked questions.

About Oregon State University: As one of only two land, sea, space and sun grant universities in the nation, Oregon State serves Oregon and the world by working on today’s most pressing issues. Our more than 33,000 students come from across the globe, and our programs operate in every Oregon county. Oregon State receives more research funding than all of the state’s comprehensive public universities combined. At our campuses in Corvallis and Bend, marine research center in Newport and award-winning Ecampus, we excel at shaping today’s students into tomorrow’s leaders.