Our mentors in the Low-Residency MFA in Creative Writing write, teach and publish across genre; engage in interdisciplinary projects; take care of the communities of which they are a part; and, most of all, approach the twenty-first century writing life with invention, pragmatism and creativity. With like-minded faculty to aid them, students at OSU-Cascades are encouraged to cultivate the spontaneity, innovation, courage and commitment the writing life demands. 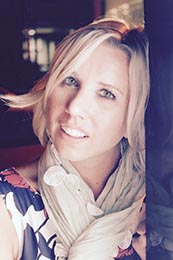 Jennifer received her Ph.D. in ethnic studies from the University of California, Berkeley in 2011, and her MFA in Writing from the University of San Francisco in 2005. She is the 2011 winner of the American Studies Association’s Gloria E. Anzaldúa Award. She has numerous scholarly and creative publications. As a scholar, Jennifer writes about culture, race, gender, and migration.

Her first prose poetry book, "The Rainy Season Diaries," was released in 2013 by Quale Press. The Turkish translation of "The Rainy Season Diaries" was released by Şiirden Press (Istanbul) in 2017. Her second poetry book, "Keşke" (pronounced kesh-kay), is forthcoming from Airlie Press, where she is now a member of the editorial board.  Additionally, Jennifer is the Forward Editor for the Journal of Transnational American Studies.

As kindergarten classroom aide, professor, writer, and freelance editor, Jennifer has lived and worked in Cyprus, Turkey, Denmark, Austria, and has been spending her pandemic year in the Basque country, on the Spain-France border. Follow her on Facebook (Jennifer Andrea) and Instagram (@jenniandreaca). 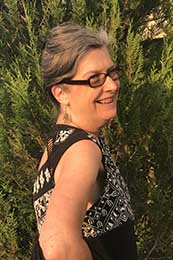 Beth's new book "Jillian in the Borderlands: A Cycle of Rather Dark Tales," is forthcoming from Black Lawrence Press. Her third book "Anxious Attachments" (Autumn House Press, 2019) has been long-listed for a Pen America Literary Award for the Art of the Essay and is a 2020 Oregon Book Award Winner. Taken together as a larger narrative, these essays are about the power of love to revise who we are, what we believe, and what our story is. Her second book, "Anthropologies: A Family Memoir" (University of Iowa Press, 2011), is a vivid archive of memories that layers scenes, oral histories, portraits, and dreams in a dynamic cross-cultural mosaic. Her short story collection, "Not a Matter of Love" (New Rivers Press, 2006), won the Many Voices Project Prize for work that is “aesthetically challenging and has a social consciousness.” Her essays and stories have been published in many fine journals including The Sun, The Southern Review, and Ploughshares. Read more at bethalvarado.com.

The best piece of advice she ever heard came from Toni Morrison, who was then working on "Beloved": "Never look away from the story." Beth has an MFA in Fiction from the University of Arizona, an M.A. in Literature from Stanford University, and she studied creative nonfiction on a fellowship in Prague, Czech Republic. 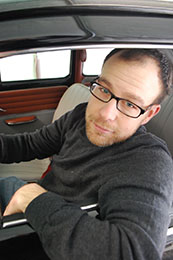 Christopher Boucher is the author of the novels "How to Keep Your Volkswagen Alive" (Melville House, 2011) and "Golden Delicious" (Melville House, 2016). Chris received his MFA in Fiction from Syracuse University in 2002, and he currently teaches in the English Department at Boston College; he’s also the managing editor of "Post Road Magazine." Chris’s academic interests include postmodern and contemporary fiction, hybrid texts and digital humanities. Chris lives in Watertown, Massachusetts with his wife and two children. In his free time, he plays the five-string banjo.

As a writing teacher, Chris emphasizes the intrinsic value of a regular writing practice; he sees it as a mode of inquiry – a way of listening in the world. He looks forward to working with writers at OSU to cultivate an artistic practice that is rigorous, sustainable, ever-evolving and always surprising. 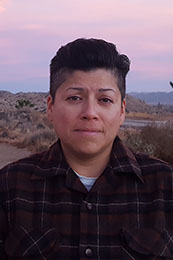 Raquel Gutiérrez works as a poet and arts writer working through ekphrasis as one way to reflect upon queer brown life in the arts in the Southwest borderlands. They work in a range of topics that have continued to inform their writing and teaching, including critical race theory, Queer and Latinx aesthetics, and performance art in the Americas.

Their poetry, non-fiction, and critical writing are rooted in explorations of movement, mobility, and migration from Mexico and Central America to the United States. These explorations elaborate on Gutiérrez’ perspective as a queer and brown writer engaging histories of desire and colonization in the Southwest United States or Greater Mexico, according to José Limón. They enact these elaborations through cross-genre engagements with performance studies, ekphrasis, and experimental memoir by centering around questions concerning artistic identity and performativity. Their poetry and essays have appeared or are forthcoming in Los Angeles Review of Books, The New Inquiry, FENCE, Huizache, The Georgia Review, The Texas Review and Hayden’s Ferry Review. Raquel’s first book of prose, Brown Neon, was published by Coffee House Press in 2022. And Raquel's first book of poetry, Southwest Reconstruction, will be published by Noemi Press in 2022. 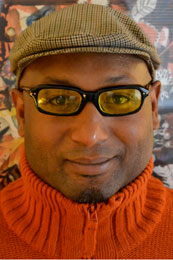 T. Geronimo Johnson’s debut novel "Hold it ‘Til it Hurts" was a 2013 PEN/Faulkner finalist. "Welcome to Braggsville," a dark, socially provocative comedic novel about four liberal college kids who attempt to stage a lynching during a Civil War reenactment, was released in the US and UK in early 2015 by William Morrow. "Welcome to Braggsville" was on the 2015 National Book Awards Longlist for Fiction and won the Gaines Book Award for 2015. His short fiction and poetry have appeared in Best New American Voices, the LA Review, and Illuminations, among others. He has taught writing and held fellowships—including a Stegner Fellowship and an Iowa Arts Fellowship—at ASU, Iowa, Berkeley, Stanford and WMU. Geronimo’s academic interests include new media, creative writing pedagog, and the film essay. He believe that, as a writer, it is his duty to tell a compelling story of human interest, one that diverges from the strained optimism animating the artificial inosculation of literacy (read: knowledge of self) and liberty (read: transcendence). Of course that often means avoiding half the words in the previous sentence: writers must be both in the world and of it. T. Geronimo received his MFA from the Iowa Writers' Workshop and his M.A. in Language, Literacy, and Culture from UC Berkeley. He is a Niroga-certified yoga instructor and trained rally driver. His website is geronimo1.com. 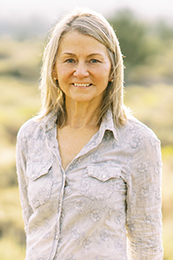 Ellen Waterston has published three literary nonfiction titles, including Walking the High Desert: Encounters with Rural America Along the Oregon Desert Trail (University of Washington Press, 2020). Other prose titles include Where the Crooked River Rises, a collection of essays (Oregon State University Press, 2010), and a memoir, Then There Was No Mountain (Rowman and Littlefield Publishing Group, 2003). Of her four poetry titles Hotel Domilocos (Moonglade Press, 2017) is her most recent collection. She adapted her verse novel, Vía Láctea (Atelier 6000, 2013), to a libretto that premiered in 2016 as a full-length opera and is slated for a second staging in 2022.

Waterston founded and for over a decade directed The Nature of Words in Bend that hosted an annual literary festival and offered year-round creative writing workshops. In 2020, the High Desert Museum adopted the Waterston Desert Writing Prize which Waterston founded in 2015. The Writing Ranch, established by Waterston in 2000, specializes in writing workshops and retreats held annually in Mexico and the United States.

Her poems and essays have appeared in numerous journals and anthologies. In addition to fellowships and grants, awards include WILLA and Foreword finalist in literary nonfiction, two-time WILLA Award Winner in Poetry, the winner of the Obsidian Prize in Poetry and, in recognition of her achievements as an author and literary arts advocate, an honorary Ph.D. in Humane Letters from OSU-Cascades. A former New Englander who came West to ranch, she regards the high desert as her muse and greatest teacher. Read more at www.writingranch.com.