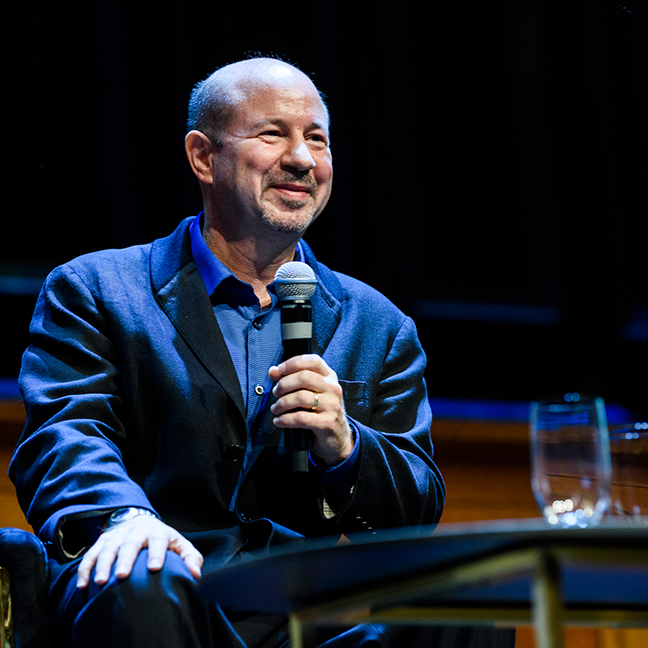 An atmospheric scientist, Michael Mann introduced the iconic “hockey stick” graph, which has become a symbol of humanity's contribution to global warming.

Michael E. Mann, considered one of the world’s most influential climate scientists, will speak in Bend on March 31 about the urgent need to reverse decades of climate inaction and prevent the worst impacts of a climate crisis.

“The New Climate War: The Fight to Take Back our Planet,” hosted by Oregon State University – Cascades and Skeptoid Media, Inc., will take place at 6:30 p.m. at the Riverhouse on the Deschutes.

An atmospheric scientist, Mann introduced the iconic “hockey stick” graph, showing average global temperatures over the past millennium and their dramatic rise beginning in the 20th century. The graph has become a symbol of humanity's contribution to global warming. It also altered the trajectory of Mann’s career from research scientist to a defender of scientific data and public advocate for change.

In his presentation, Mann will share how decades of denials of, and attacks on, climate science evidence impeded political and corporate changes necessary to reduce global emissions. He will also provide reason for hope, offering a roadmap for working together to avert continued increasing temperatures.

Mann is a distinguished professor and director of the Earth System Science Center at Pennsylvania State University. He has received numerous honors for contributing to the scientific understanding of climate change, including the Stephen H. Schneider Award for Outstanding Climate Science Communication from Climate One, the Award for Public Engagement with Science from the American Association for the Advancement of Science, and the Climate Communication Prize from the American Geophysical Union.  In 2020 he was elected to the U.S. National Academy of Sciences.

He is the author of several books on climate topics, including his most recent, “The New Climate War: The Fight to Take Back our Planet,” which looks at how fossil fuel companies have delayed action on climate change.

Tickets are free for students while supplies last.

About OSU-Cascades:  Oregon State University’s campus in Bend brings higher education to Central Oregon, the fastest growing region in the state. Surrounded by 2.5 million acres of mountains and high desert, OSU-Cascades is a top-tier research university where small classes accelerate faculty-student mentoring. Degree programs meet industry and economic needs in areas such as innovation and entrepreneurship, natural ecosystems, health and wellness, and arts and sciences, and prepare students for tomorrow’s challenges. OSU-Cascades is expanding to serve 3,000 to 5,000 students, building a 128-acre campus with net-zero goals.