Your Support Makes A Difference

At OSU-Cascades, 32% of our students Pell Grant eligible, indicating financial need. Thanks to scholarships, they are here, with ambitions to make the world better for future generations. You have the power to make a profound difference in a student’s future. Please consider a scholarship gift for students at OSU-Cascades.

A lifelong Central Oregonian, freshman Angel Ruvalbaca was born in Madras and grew up in Redmond. College wasn’t always in his plans, but as he excelled in school his parents set college as an expectation. An in-home health care worker originally from Mexico, his mother saw firsthand the difference a bachelor’s degree could make in someone’s life.

“My parents are proud, but they still have high expectations for me,” he said.

Angel is growing personally in courses that help him see his dream of owning his own company in the video gaming industry is in reach. He is about to confirm his major in art, media and technology.

“Video gaming brings together all of the things I love — story writing, art, graphic design, cinematography, music,” said Angel. “I’m excited about the future and learning more about all of these areas.” 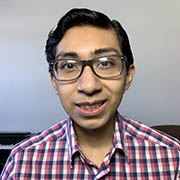 Getting Ahead from the Beginning

Joel is from Bend and feels lucky he can stay in his hometown and go to OSU-Cascades. Psychology is his passion, and he dreams of becoming an educational psychologist one day. Instead of worrying about work and loans during his freshman year, Joel can focus on academics. “Receiving a scholarship has allowed me to enjoy my classes and learn as much as I can,” he said. 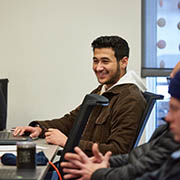 Taha wants to reshape the country’s political landscape. At Summit High School in Bend, Taha served on student government. The experience ignited his passion for public policy and human rights reform. Now at OSU-Cascades and majoring in social science, Taha is developing political and leadership skills by serving in student government. A scholarship from the Bank of the Cascades Endowed Scholarship Fund has helped Taha prioritize his education. 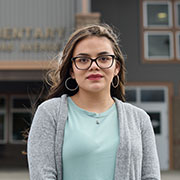 When Ashlyn was a high school student at Redmond Proficiency Academy, she made a plan. She was going to college, and to afford it she would live at home and earn as many scholarships as she could. She did it. In a few months, Ashlyn will graduate from OSU-Cascades with a bachelor’s degree in teaching and an Oregon preliminary teaching license. “College has meant everything to me, and it would not have been an option without scholarships,” she said. Read Ashlyn's story. 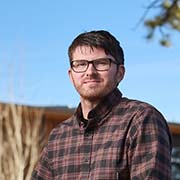 Fletcher wasn’t sure he'd ever come back from a serious car accident a few years ago. “I decided to challenge myself to see what I was capable of,” he said. First, he got strong enough to summit the Cascades’ South Sister. Now, he’s graduating with a bachelor’s degree in business and starting a career at Humm Kombucha. “I feel like I’ve summited another mountain,” he said. Read Fletcher's story. 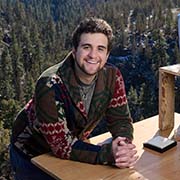 When Ryan was 17, his parents moved to Morocco to teach. They weren’t sure how long they would be there, so Ryan opted to stay in Bend and start college. He started taking business classes to earn a marketing degree to help environmental organizations. Then he realized two things – he was too much of a hippie to be in marketing – and he liked science much more than business. Read Ryan's story. 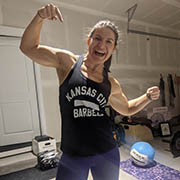 Scholarships helped lighten the load for kinesiology student and U.S. Air Force veteran Jessica Hofherr. The awards also boosted morale. “Just being noticed was enough to get me through another grueling — and enjoyable — term of scientific literature at OSU-Cascades,” she said. After graduating this year, Jessica is off to earn a doctor of physical therapy program in Colorado. She’s pumped — and feels set up for success.