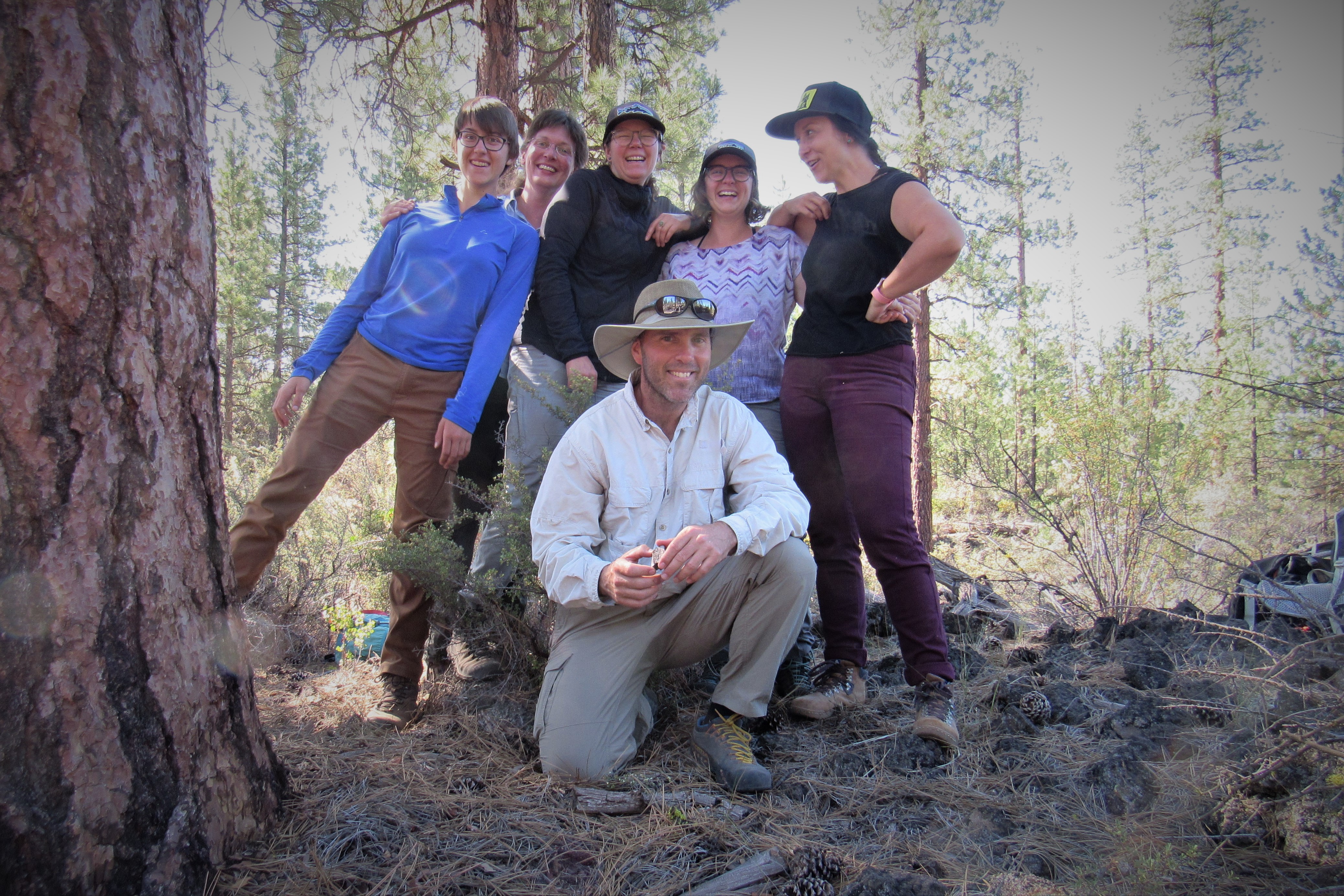 Matt is a senior instructor of natural resources and program lead for the sustainability double degree at OSU-Cascades. He teaches courses ranging from endangered species ecology to rangeland ecosystem management, and his scholarly interests include sustainability in brewery and vineyard settings, ecological assessment of urban landscapes, ecological restoration and species adaptation to climate change. Under the HERS umbrella, Matt is working with the National Park Service to manage a park studies unit at OSU-Cascades which serves as a nexus for research, management recommendations, and curricula related to management of U.S. national parks.
OSU-Cascades profile
OSU Department of Fisheries and Wildlife profile 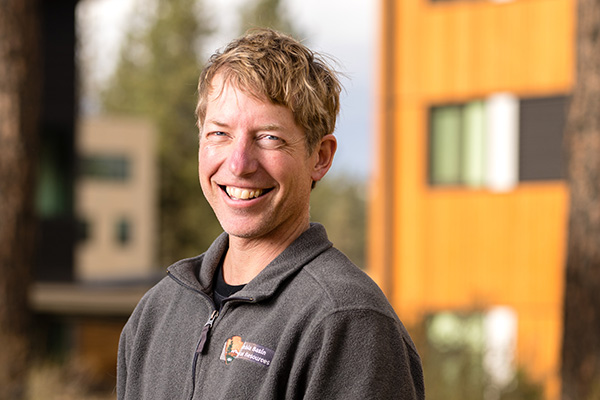 Tom is an ecologist with the National Parks Service. He directs monitoring and related research projects in National Park units across the West. He uses a biogeographical approach to answer ecological questions with a focus on the role of fire, climate, and other forces on patterns of species distribution and abundance. He has a particular interest in the processes of range dynamics -- persistence, contraction, and biological invasion -- and uses predictive models to try to bridge the gap between science production and evidence-based decision-making. His current projects include studies of fire effects on demographic rates of the endemic Lemhi penstemon, ecological resiliency to disturbance and resistance to weed invasion of protected-area sagebrush steppe, monitoring of bats at range-wide scales, and understanding the enigmatic persistence of low-elevation American pika metapopulations.
OSU-Cascades profile 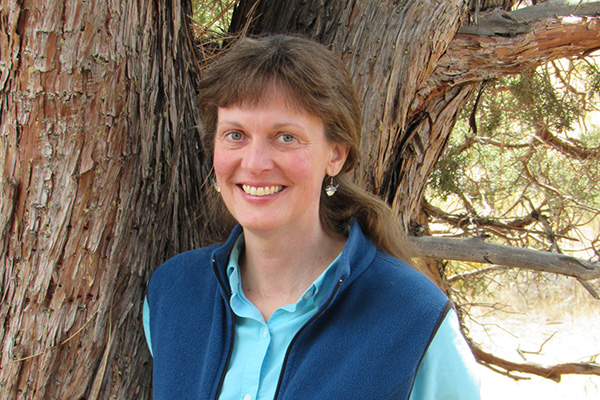 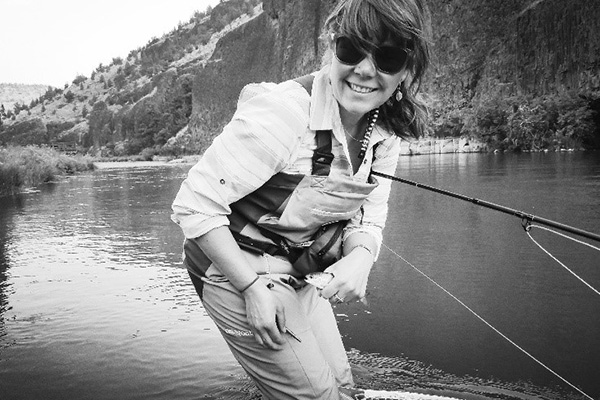 Corrinne has been with the Lab since 2017, applying her broad skillset gained from her B.S. in natural resources and wildlife management graduate certificate to multiple projects. However, her primary research focuses on employing remote cameras in wildlife ecology. As an undergraduate, she first began using camera traps to determine competitive behavior between turkey vultures and common ravens, prompting spirited interest in their utility within ecology. Since her introduction to their practicality, she has applied the technology to help determine American pika occupancy in lava flows with the Lab and sagebrush-obligate songbird nest success with the Eastern Oregon Agricultural Research Center. Currently, Corrinne is pursuing her M.S. in environmental science while researching the effectiveness of Wildlife Crossing Structures along the U.S. Highway 97 Corridor. 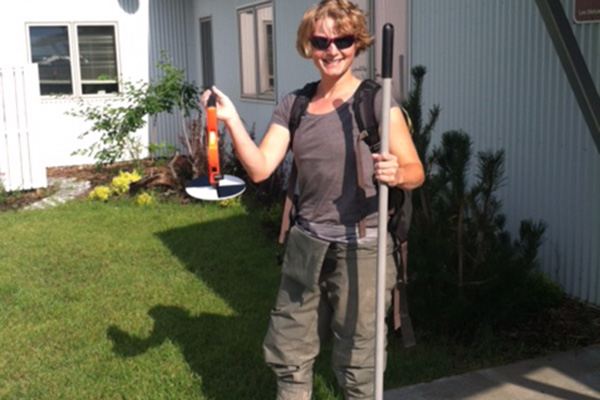 Kathi is a research statistician with the U.S. Geological Survey at the Northern Rocky Mountain Science Center in Bozeman, Montana. She and her team provide statistical support to ecologists and biologists charged with monitoring natural resources on federal and state lands, and works closely with the HERS Lab, Northwestern Bat Hub and with the National Park Service Upper Columbia Basin Network. Kathi develops survey design and analysis strategies for a variety of plants, animals, and other ecological indicators. She supports monitoring of whitebark pine in the Greater Yellowstone Ecosystem and co-authored the North American Bat Monitoring Program (NABat) plan, has developed occupancy modeling strategies for bats across the Pacific Northwest, analysis of submerged aquatic vegetation on refuges in the Intermountain West, and modeling of upland plant communities within several national parks.
U.S. Geological Survey profile 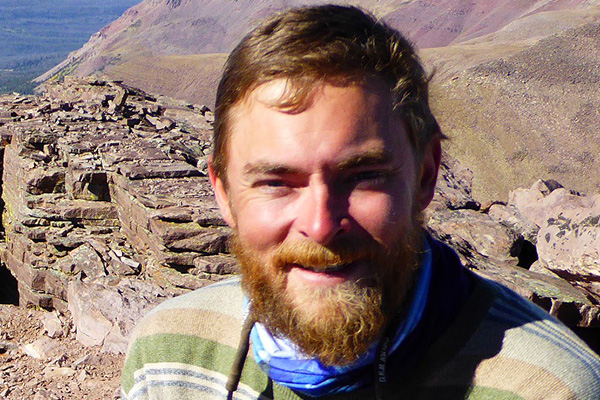 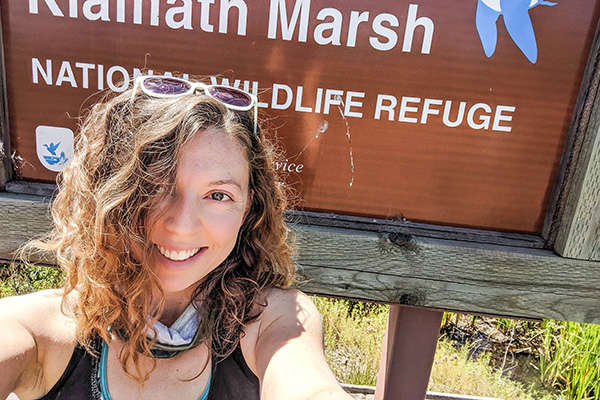 Sara joined the HERS Lab in 2018 as a seasonal field technician for the Bat Hub. Since then, she has served as crew lead and assisted with data management, call processing, volunteer management, and community outreach. Currently, Sara is serves as the Assistant Bat Hub Coordinator and assists with field crew management for regional bat monitoring projects. Sara received her B.S. from Oregon State University - Cascades in natural resources fish and wildlife conservation. In addition to her work with the bat crew, she completed wildlife research internships with the Deschutes National Forest and with Cardiff University at their research center in Malaysia and monitored pygmy rabbits for the Oregon Department of Fish & Wildlife. 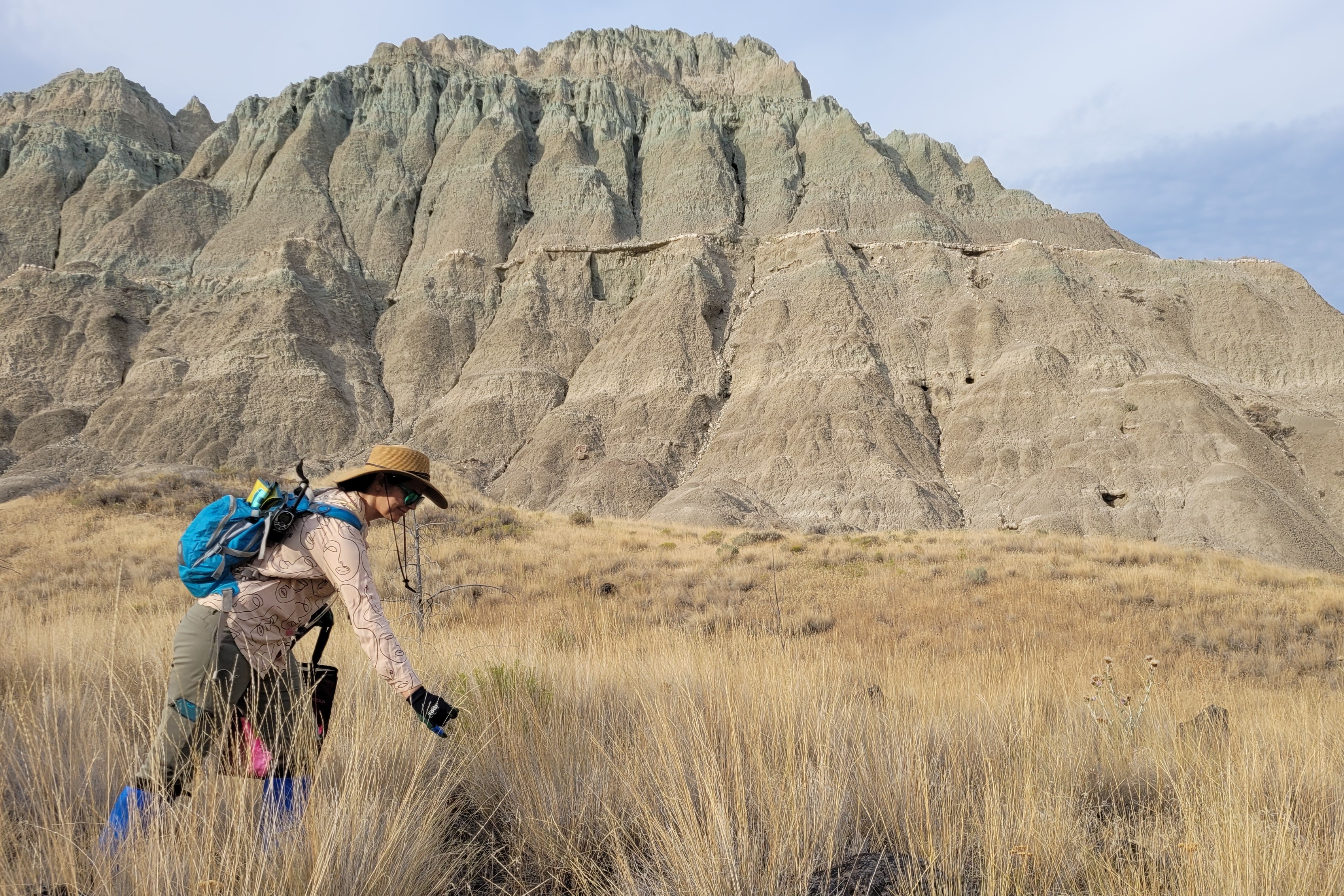 Emily tagged along during pika surveys in 2017, made herself at home, and never seemed to leave. “The lab never had a chance…” Emily recalls. Since her humble beginnings as a volunteer, Emily earned her BS in Fish and Wildlife Sciences from OSU and completed three research fellowships, building underwater fish cameras and researching white bark pine genetics for disease resistance. She later interned with the Upper Deschutes Watershed Counsel and monitored pre- and post-restoration of Whychus Creek. Prior to field research, Emily was an account manager for Verizon Wireless, traveling the Oregon Outback and working with small business owners. After climbing the corporate ladder, Emily was ready for a new challenge. “I was ready to let Nature take the wheel,” Emily explains. Today, Emily entertains the lab with tales of native plants, native plants, and more native plants.

Nadja is a bat biologist and research analyst for the Northwest Bat Hub and serves as our resident bat nerd. Nadja received her BS in Natural Resources from OSU Cascades and minored in Español. Before joining the HERS Lab, she worked for the Forest Service, conducting MAPS surveys and monitoring spotted owls, bats, foxes, bumblebees, eagles, and goshawks. In her role as crew lead for the Sister’s Ranger District, Nadja led the effort for bat monitoring for the Deschutes National Forest. She planned and implemented cave surveys, mist netting, white-nose surveillance, acoustic surveys, and habitat enhancement/improvement projects. She has also participated in international bat capture projects in Guatemala and Panama for pre-construction wind farm surveys. 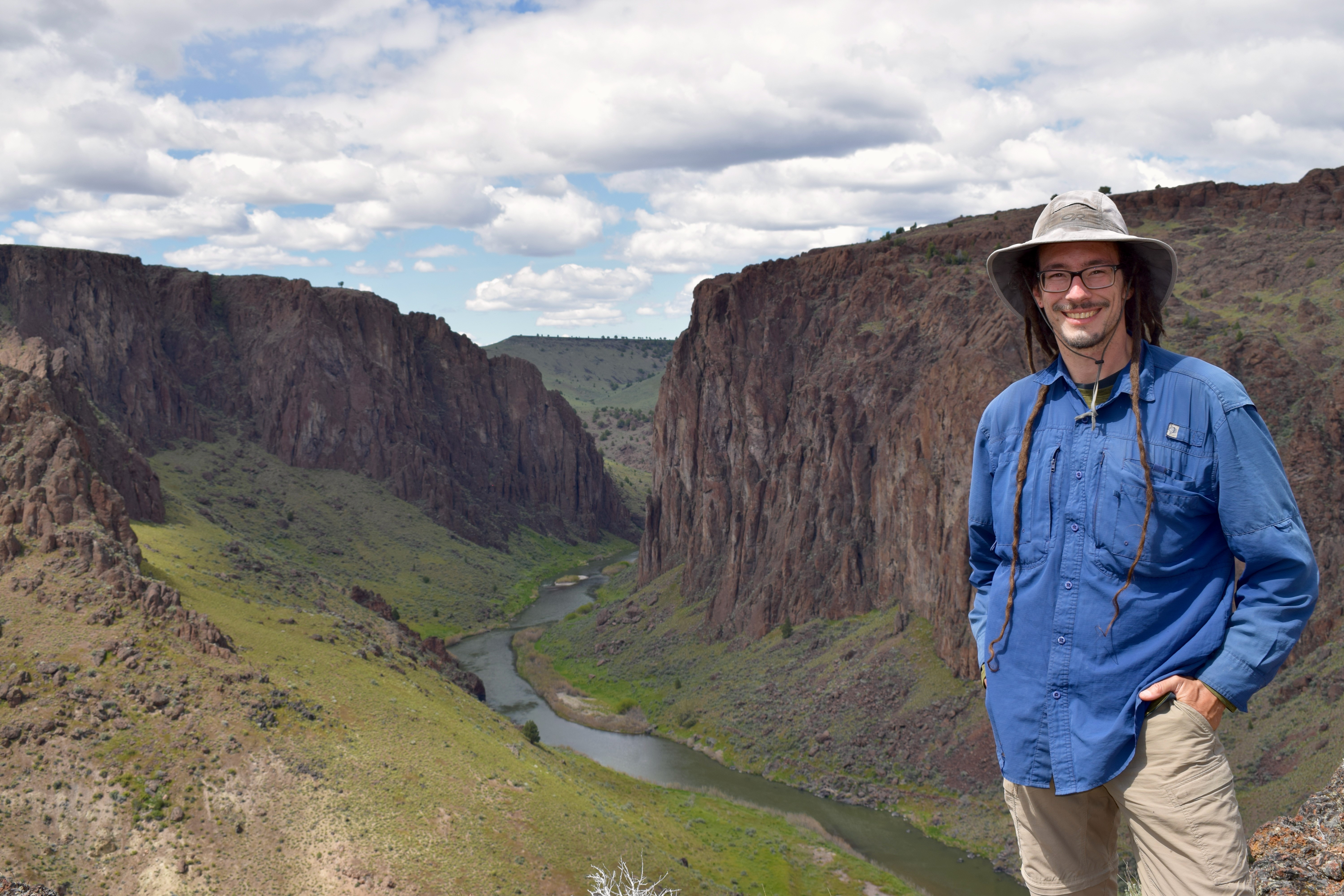 Patrick joined the HERS lab in 2021 as a Research Analyst/Data Manager for the Northwestern Bat Hub. He comes to the lab with 18 years of diverse research experience ranging from wildlife ecology to restoration ecology at sites across the US. These field-based research positions have inspired his desire for producing high quality datasets and inform his approach to data management. Patrick earned an M.S. degree from Central Washington University in Biology, studying Gila monster habitat suitability and thermal/movement ecology and has broad research interests related to ecosystem resiliency and restoration. When not crunching data, you will find Patrick hiking or growing native/medicinal plants. 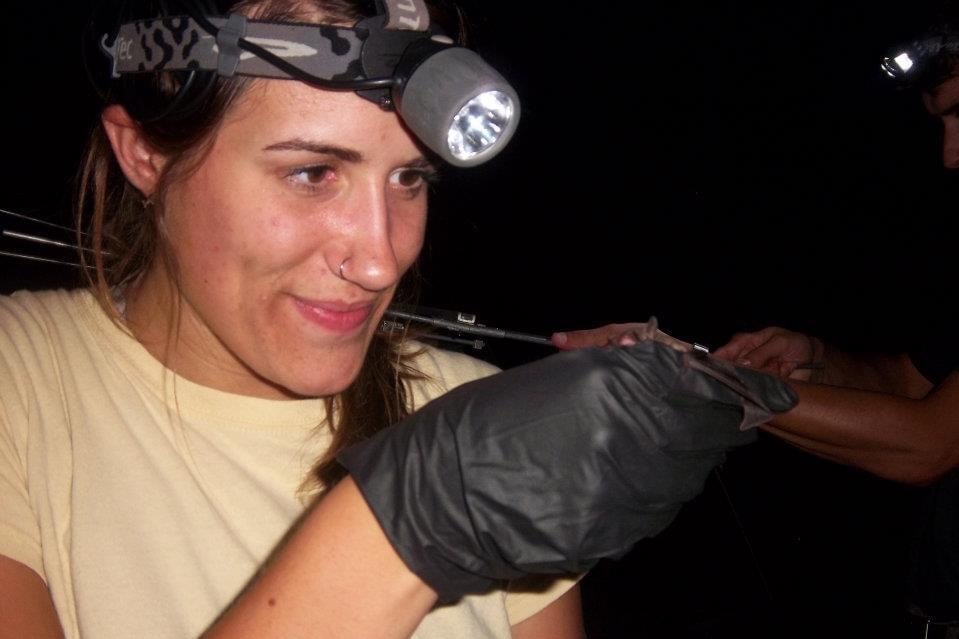 Beth is a Certified Wildlife Biologist® and project manager with a background in bat research and environmental compliance. After earning a B.S. in Environmental Biology from Radford University in Virginia, Beth worked for over a decade as an environmental consultant and endangered species biologist where she specialized in ESA compliance for listed bat species. In addition to working as a private consultant, she has worked as a bio monitor in the California desert, a bat biologist with Texas Tech University in the Kisatchie National Forest, Louisiana, and as a research assistant with the Smithsonian Tropical Research Institute in Gamboa, Panama. At the HERS Lab, she serves as the NW Bat Hub coordinator where her passion for working with bats and people can be combined. Beth values being part of an entity that cares deeply about ecological restoration and resiliency. 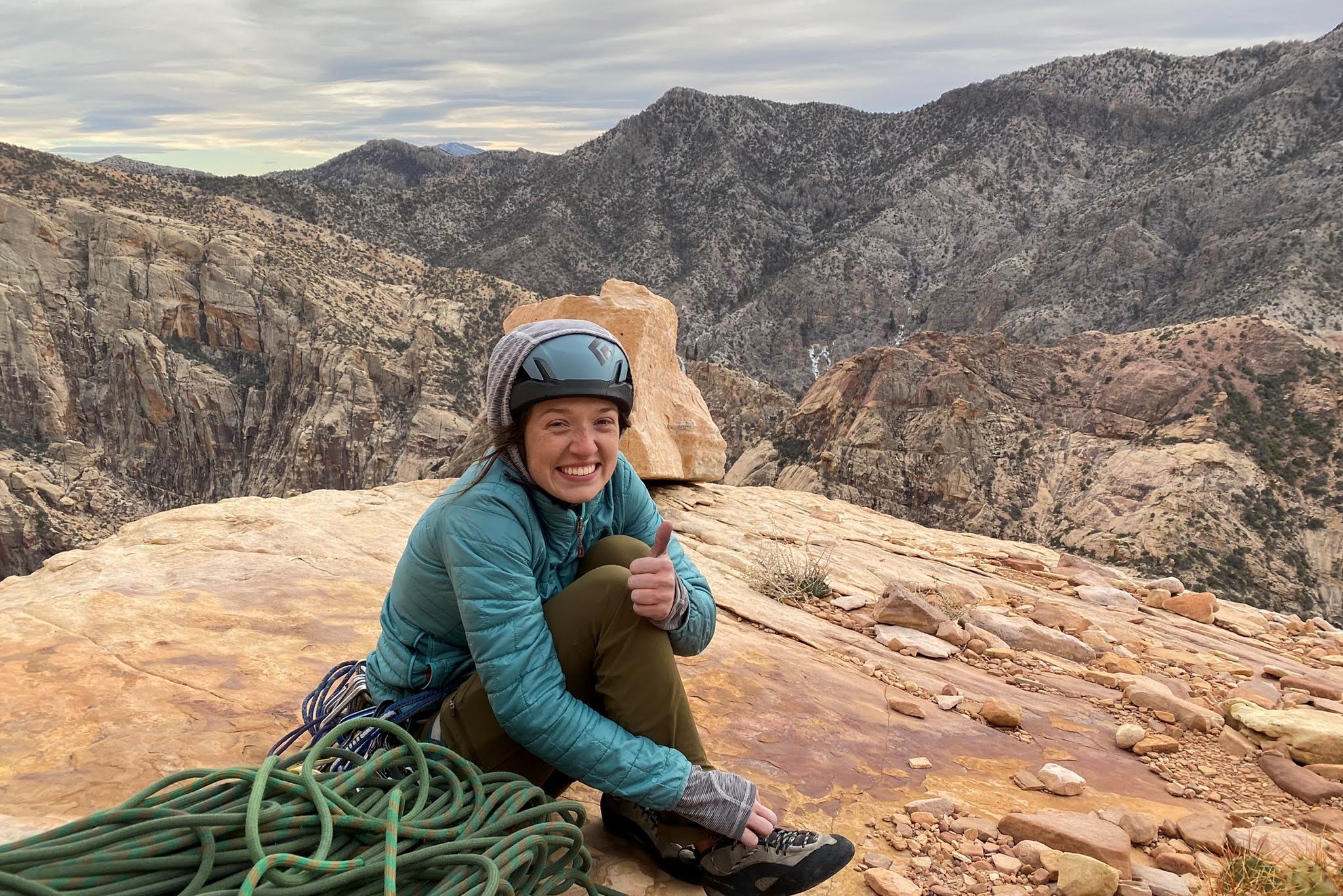 Sarah is a biological science technician for the National Park Service Upper Columbia Basin Network Inventory & Monitoring program. She is the crew lead for long-term monitoring of sagebrush steppe vegetation, rare plants, aspen stands, and limber and pinyon pine disease and population dynamics. She earned a B.S. in biological science with a concentration in ecology, evolution, biodiversity, and conservation from California Polytechnic State University in San Luis Obispo in 2021. Before working for the UCBN, Sarah’s professional experience with the National Park Service includes piloting field methods for assessing the impacts of plague on the American pika and associated small mammals, acoustic monitoring and white nose surveillance of bats, and monitoring upland shrub communities in the Mojave Desert. 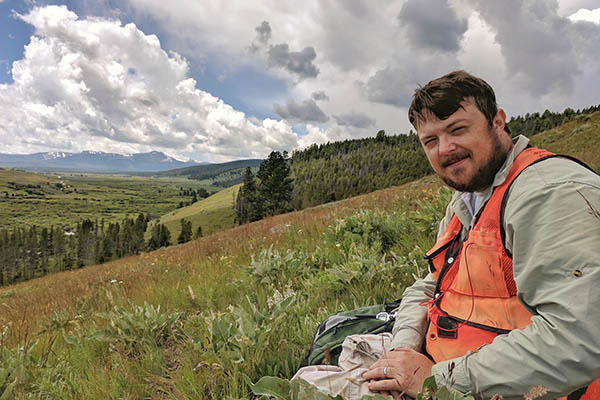 Jeff received a B.S. in natural resource science and wildlife ecology from Washington State University in Pullman, then an M.S. in forest resources from the University of Idaho in Moscow. Jeff brings a broad geospatial skillset and natural resource management experience to the UCBN data manager position. His professional experience includes working for the USGS GAP Analysis Program, the University of Idaho's Department of Forest Resources, and the Idaho Department of Fish and Game. 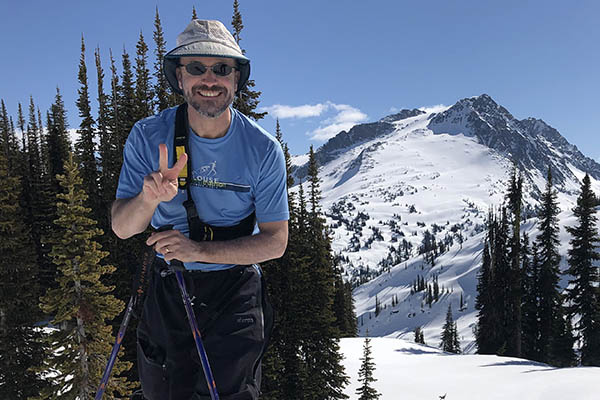 Gordon has worked for the National Park Service over 15 years and has a background in wildlife biology, holding a B.S. in biology from the University of California at Santa Cruz and a M.S. in wildlife biology from the University of Montana. After 10 years of field-oriented work on various wildlife projects, Gordon's work began focusing on GIS and database development, and on project management. Gordon served as data manager for over four years, then in 2012 moved into the Upper Columbia Basin Network program manager position.

‹ Human and Ecosystem Resiliency and Sustainability Lab up Park Studies ›