The Pandemic we were not prepared for: The science, politics and the future of pandemics and our life 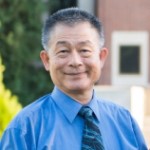 The COVID-19 pandemic caught most nations off guard and racked havoc with massive mortality and morbidity, while also causing major economic damage and disruption of our life and work. At the same time, countries responded to this pandemic with wide-ranging variations in policies and attitudes resulting in very different outcomes.

This presentation will focus on analyzing the differences in country policy response and consequences. After a brief introduction of the nature of the SARS-CoV-2 virus, the COVID-19 pandemic it causes, and how it spread from China to all over the world, Chi will review effective pandemic control policies that some nations have implemented with a high level of success and outcomes. Further, Chi will analyze key social-political factors that help us to explain the variations in national responses. Finally, we will look into the strategies of how we can control this global pandemic effectively, what post-COVID-19 world may be lying ahead for us, and how we may prepare for it or reshape it.

From Extinction to recovery: bringing golden paintbrush back from the brink in western prairies 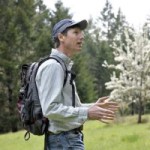 Last documented in the wild in Oregon in 1938, golden paintbrush (Castilleja levisecta) was apparently extirpated from Oregon through agriculture, urban development and habitat invasion by exotic weeds. A few small populations remain in Washington and British Columbia, but even these have been in decline in recent years. The species was listed as Threatened by the federal government in 2000, and in 2004 became one of the first plants in the country to have a reintroduction plan.

Since 2010, the Institute for Applied Ecology has teamed with the US Fish and Wildlife Service to reintroduce this iconic prairie plant to western Oregon grasslands in an attempt to bring it back to the state, and in the process contribute to its full recovery and potential removal from the threatened species list. This process has faced many challenges, including the need to restore habitat for the species in the process and unravel its basic biology, from seed germination to its parasitic relationships with host plants through root-to-root connections. This presentation will provide a tour of the history of the species in Oregon, review research breakthroughs, and a summary of reintroduction and habitat conservation successes (and failures) in Oregon and rangewide. The story of golden paintbrush and its science-based comeback will brighten your day!

Race and Politics: Reflections on a movement and an election

The little-known Heceta Bank is one of the most productive areas on the Oregon coast and a hotspot for biological productivity due to its position and the influence of northern coastal currents in summers. Join OSU marine scientists and other experts to screen a new, short documentary featuring the submerged bank, located 35 miles off the Oregon coast, and learn about the surprising and beneficial impacts it has on our state’s coastal environments.

Runners and Their Shoes: Where Non-Traditional Running Footwear Meets Biomechanics

Running shoes prevent injury and improve performance. They date as far back as the late 1800s, and the first cushioned running shoe was introduced in 1964. Since then running footwear has evolved. Recent trends include a dramatically different shoe style – the minimal and maximal running shoe. Maximal running shoes provide runners with a highly cushioned midsole. Minimal running shoes provide little cushioning, if any. Kinesiology professor Christine Pollard, a biomechanist and physical therapist, is the director of the FORCE Laboratory. She’ll share what is known about the influence of various type of running shoes on our legs, knees and ankles - including the latest research. By the conclusion of her talk, you may have a better idea of things to consider when choosing your “ideal” running shoe.

What’s in Your Snowpack? Snow, Water and the Power of Citizen Science

In the Pacific Northwest and other mountain environments, snow is an essential part of our water resources. The mountain snowpack stores and slowly releases water to downstream locations each spring. Stream ecology, agriculture and humans all benefit. Understanding the distribution and evolution of our snowpack is critical, but between cold temperatures, short daylight, and hard-to-get to locations, measuring it can difficult. Come learn how experts observe, record and study snow, and how they predict snow and ice melt. You'll also learn how citizen scientists enhance scientists' knowledge by crowdsourcing snow depth information.

Out of the Night, Into the Light: The Secret World of Bats

As a lead architect of the North American Bat Monitoring Program, Tom Rodhouse has devoted more than two decades to bat conservation. He leads the Northwestern Bat Hub, a research and monitoring initiative within the HERS Lab at OSU-Cascades. Join us to learn about the valuable services bats provide natural ecosystems, from pollination to pest control, to hear why these mammals have historically been difficult to study and how the Bat Hub team is monitoring bat populations, including here in Central Oregon.  You’ll also learn about white-nose syndrome, a fungal condition that has been devastating to bats, and the impact of wind power turbines on bats in flight.

Technologies developed in the Energy Systems Lab at OSU-Cascades may shape how people and goods are transported in the future. Join professor and researcher Chris Hagen for a discussion about innovations in energy storage and engine technology that are changing how personal and transport vehicles are powered. He will also explore regulatory and economic factors that play a role in forecasting future transportation technologies. Hagen's research looks at energy conversion, novel transportation fuels, and the development of sensors for harsh environments. He developed a vehicle-based natural gas refueling system that led to the creation of a Bend-based company, OnBoard Dynamics. He launched a second company, Rogue Approach, which is advancing technology developed in the Energy Systems Lab that enables drones to fly farther and for longer periods of time. Hagen was recognized in 2017 by the Society of Automotive Engineers as one of the nation’s top young engineering educators.

Around the globe, fresh water is increasingly scarce and untreated wastewater creates mounting public health challenges. Existing water desalination and wastewater treatment plants are large, permanent and expensive structures — features that are barriers for providing clean water in rural and impoverished areas, and in locations where water is needed urgently. Join OSU-Cascades researcher Bahman Abbasi to learn about efforts underway at the Bend campus to help stressed communities around the world by using thermal sciences to design innovative and perhaps lifesaving technologies. Abbasi is the recipient of more than $4 million in research awards from the U.S. Department of Energy to turn salt water into drinking water, and to treat hydraulic fracturing wastewater to improve the public health and environmental impact concerns associated with untreated wastewater.

Does Your Dog/Cat Love You? The Science behind Human-Animal Bonds

Pet owners can form remarkable, deep and mutual bonds with their animals. Join OSU researcher Monique Udell to explore the source and nature of these human-animal bonds, and the impact these bonds may have on our own dogs and cats. Udell’s research team focuses on the development of cross-species interactions and the variety of social attachments that can develop in both wild and domesticated animals, particularly wolves, dogs and cats. The lab’s studies have examined human-animal attachment, the influence of social enrichment and training on welfare, and mutually beneficial approaches to animal assisted therapy.

Want to be notified when new Science Pubs and other events are added to the calendar? Join our email list.